Cookie Consent We use cookies to enhance your experience while on our website, serve personalized content, provide social media features and to optimize our traffic. By continuing to browse the site you are agreeing to our use of cookies. Find out more here.

I'd like to make a suggestion about the new Developer Center site layout. 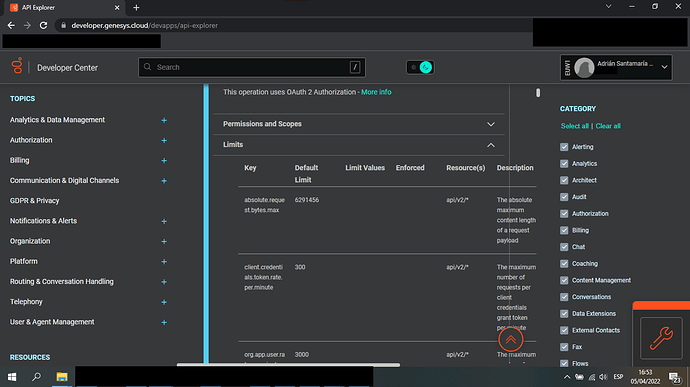 This makes some pages quite difficult to read, and it's impossible to have multiple windows side by side: 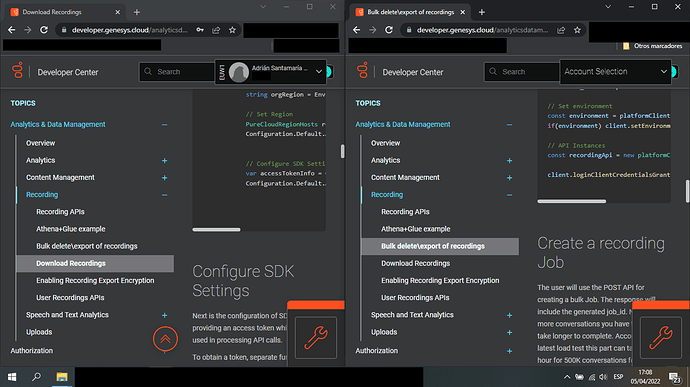 I think it could be solved just by allowing us to collapse the navigation menus on the left and the right (and maybe reducing the API Explorer icon on the corner too).

Thanks for sharing; I appreciate the feedback and screenshots to show exactly what you're seeing. That's very helpful.

First, a little background. The site's design was targeted at QHD resolutions (1440p or 2560x1440), but is expected to remain functional without impactful display issues as low as standard HD (720p or 1280x720). Browser windows smaller than standard HD aren't officially supported and there are likely rendering issues at that side.

In your first screenshot, it looks like the reading mode that was added recently doesn't scale well enough at the small end. I've logged that as a bug to be fixed.

The browser windows in the second screenshot are smaller than the smallest supported resolutions, so I do expect there to be some usability issues at that size. However, I do agree that collapsible sidebars would be a benefit and increase readability on smaller displays. We debated making the sidebars collapsible during design, but I think this use case is enough to tip that discussion in the direction of adding the feature.

I'd like to add that in the pages that do not have the reading mode, in its place there is the "On this page" menu that keeps occupying 1/3 of the screen too. For me that space is a bit excessive just for having the index. 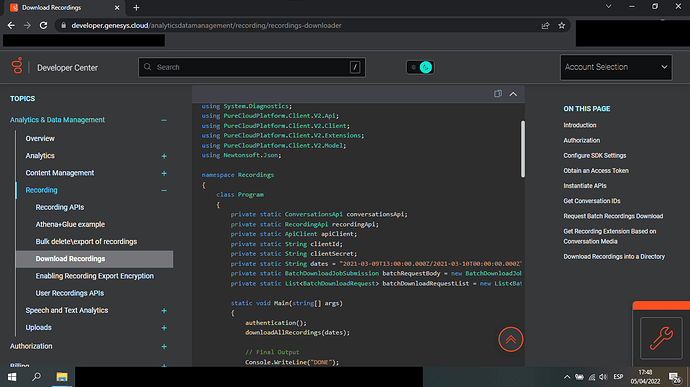 For sure. I'm intending for both the left and right sidebars to be individually collapsible. That will be a persistent global state no matter what page you're on in the site. Do you use JIRA or Confluence? The way they peek the menu and allow you to pin it open is more or less what I'm thinking of here.

I was stating that the table overhang shown in the first screenshot is not intentional; the cramped non/collapsible layout unfortunately (currently) is intentional.

I see you included this feature. Thank you very much!!

This topic was automatically closed 31 days after the last reply. New replies are no longer allowed.